Inspiring the next generation. 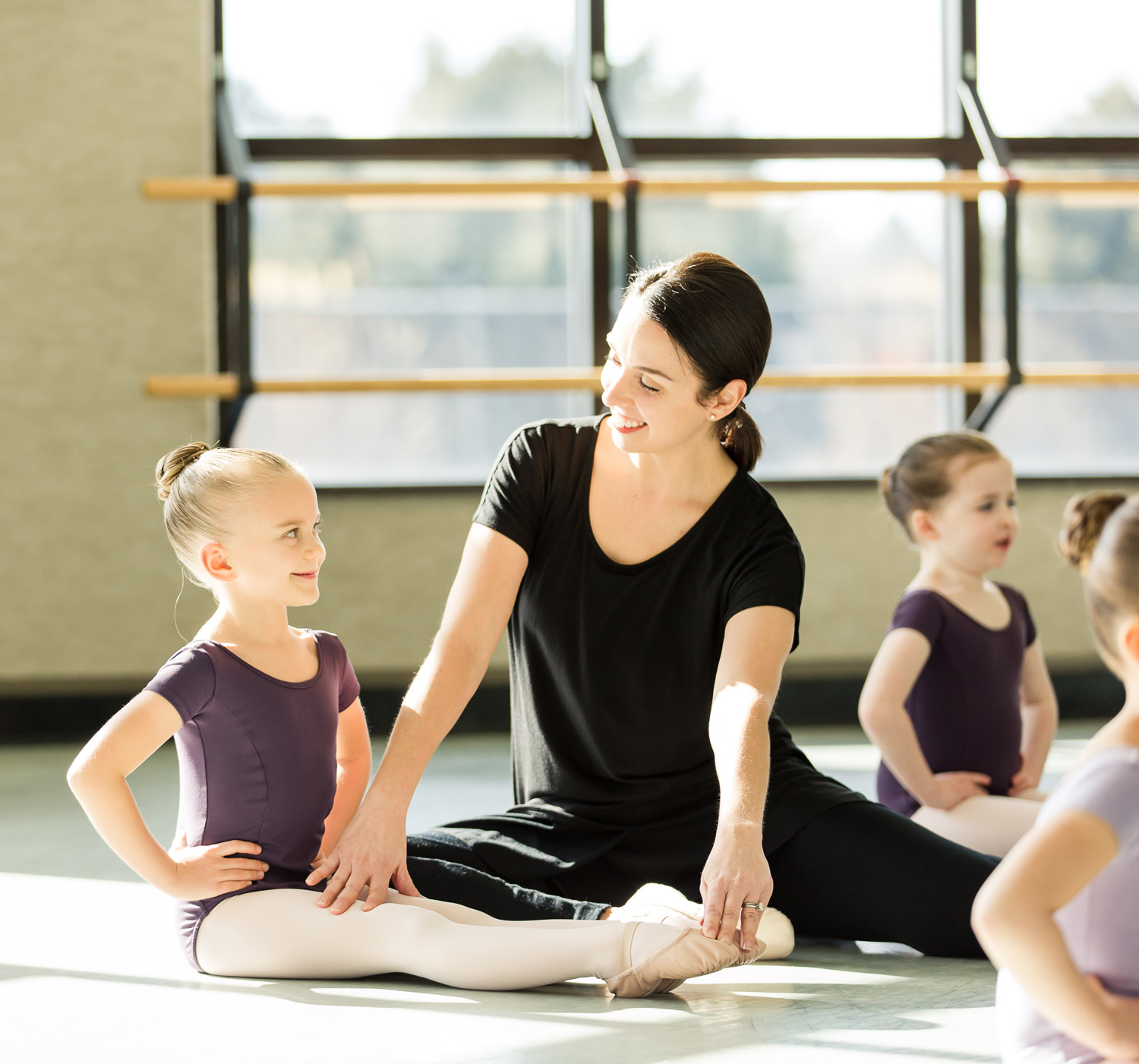 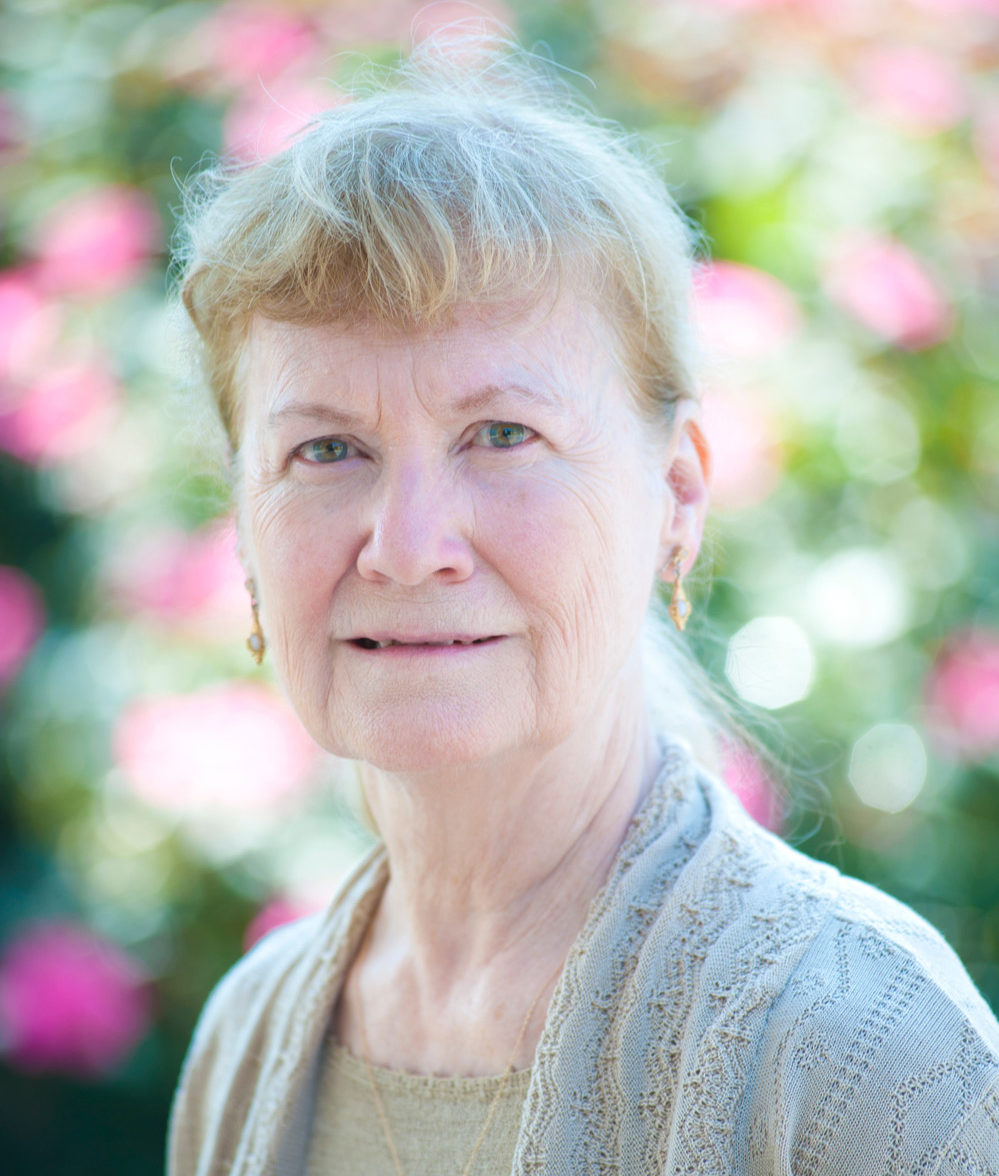 Marcia Dale Weary’s vision was simple: she wanted to bring the beauty of ballet to all she could, and so she began to change lives through dance. 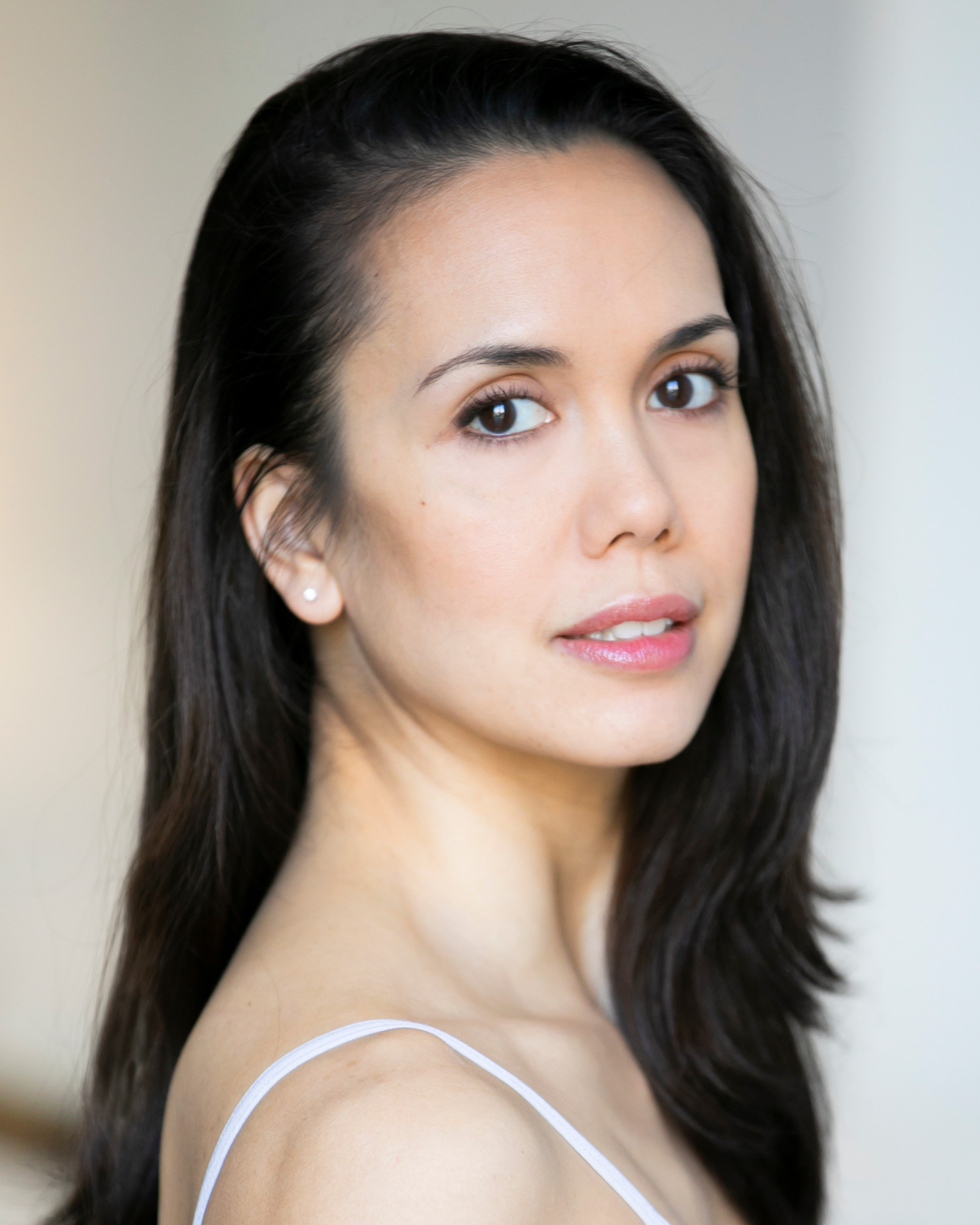 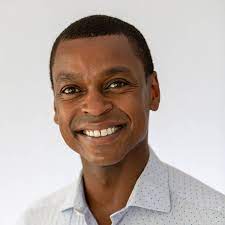 Damien Johnson is originally from Dallas, Texas. He received his early dance training from Kitty Carter, Booker T. Washington High School for the Performing and Visual Arts, and The Etkin-Atkinson School of Ballet. Johnson went on to study at The Rock School and The School of American Ballet, the official school of The New York City Ballet.

As a professional dancer, Johnson has been a member of American Repertory Ballet, Dance Theatre of Harlem, New Chamber Ballet, Los Angeles Ballet, and London based Ballet Black where he was a principal dancer for 10 seasons. Since returning to the states in 2017, Johnson has performed with Madison Ballet, The Ashley Bouder Project, and The Suzanne Farrell Ballet.

Johnson is a sought after teacher who is certified in the American Ballet Theatre National Training Curriculum in Pre-Primary-Level 3 as well as classical Pilates through Power Pilates. He has taught for many companies and dance institutions including The Central School of Ballet, Rambert School, Bermuda Civic Ballet, Lake Tahoe Dance Collective, Ballet Black, and Matthew Bourne’s New Adventures. 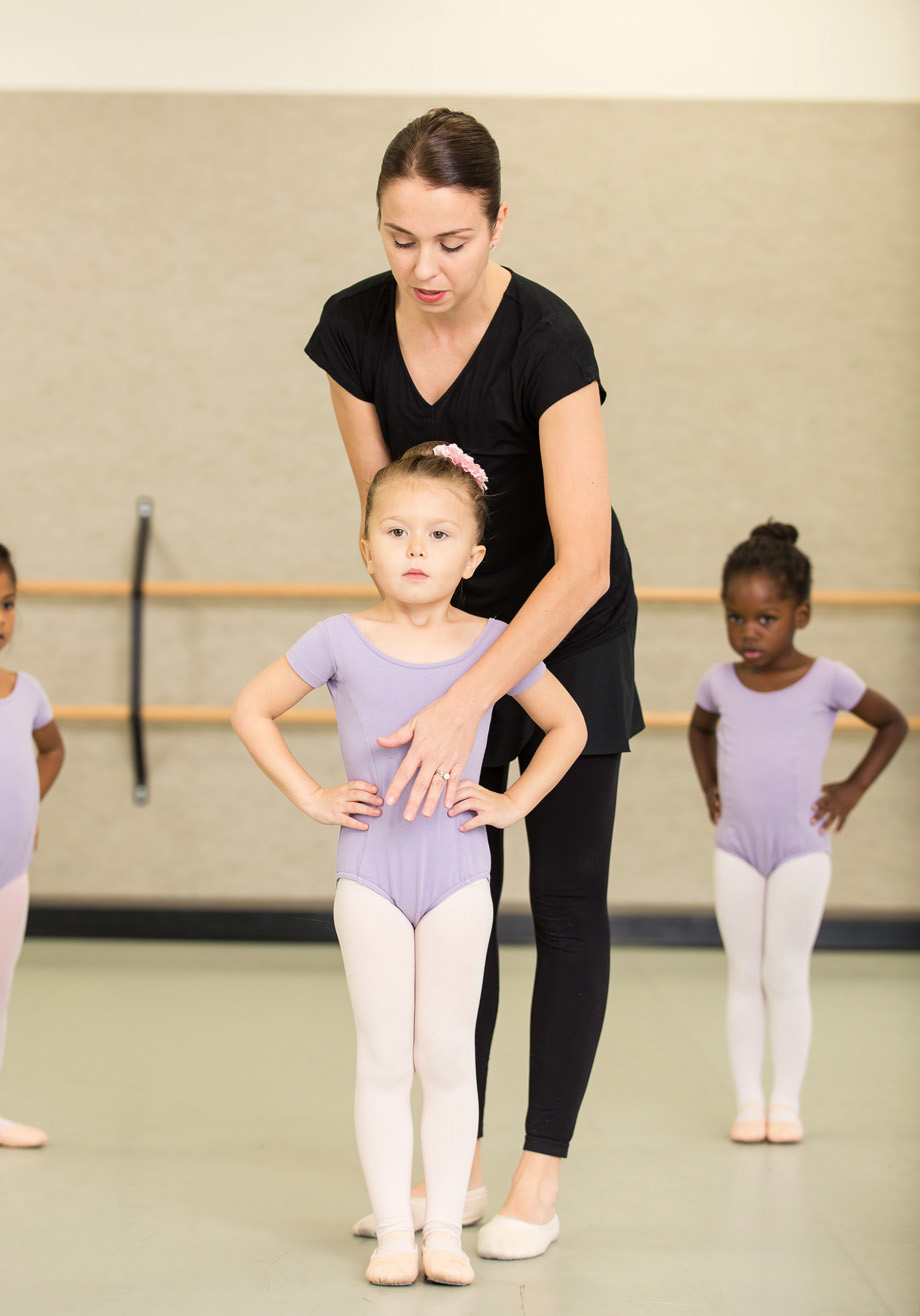 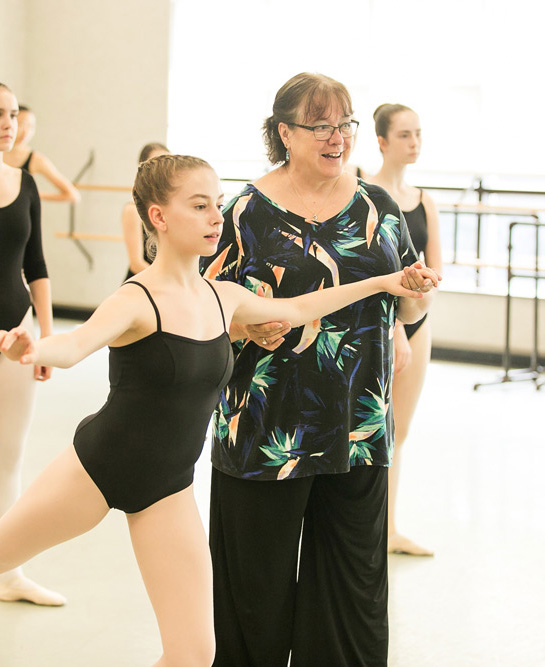 Melinda Howe has served on the faculty of Central Pennsylvania Youth Ballet for 40 years; it’s also where she began her ballet training under the direction of Marcia Dale Weary.  She received her BFA from the North Carolina School of the Arts and then returned to Carlisle to work with Ms. Weary.

With Marcia’s encouragement, Melinda taught all levels of students and began to guest teach and to choreograph. Her ballet, Andante, won the prestigious RDA Monticello Award for Choreography, and A Breath of Hayden was danced by Project Ballet at the National RDA festival in Montreal.

As a current teacher and faculty member at CPYB, Melinda creates ballets for Founder’s Series and assists with the 5-Week Summer Ballet Program and Teacher’s Workshop. 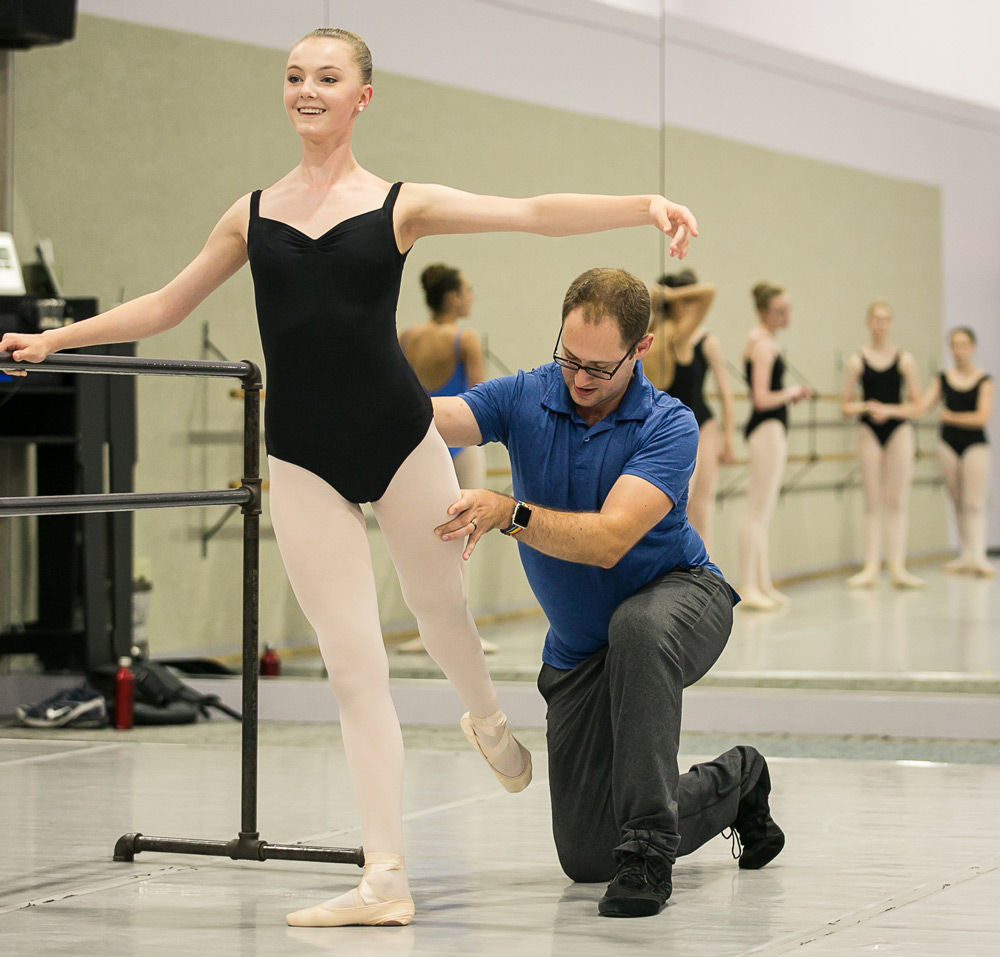 Matthew C. Donnell is a native of Mt. Airy, North Carolina. He received his formal training from the University of North Carolina School of the Arts (UNCSA) and the Rock School of Pennsylvania Ballet. He spent his ballet career with the Kansas City Ballet, where he performed soloist and principal roles by the great ballet and contemporary masters. He has instructed, choreographed, set repertoire, and rehearsed professional ballet companies and schools across the country including CPYB, UNCSA, Steps on Broadway, Broadway Dance Center, The University of Alabama, Kansas City Ballet, Montgomery Ballet, Alabama Dance Theatre, and Dance Teacher Web Live. He has served as the Director of the UNCSA Preparatory Dance Program. In addition to dance, he enjoys teaching physical comedy to dancers, actors, and anyone willing to learn.

Donnell is also an actor, singer, film maker, and physical comedian (clown.) His theater credits include Kansas City Starlight Theatre, Kansas City New Theatre, Houston Theatre Under the Stars, and the New York Musical Festival. With partner Alana Niehoff, he wrote, produced, and performed in his one-man clown/physical comedy show The Chapeau Show in NYC benefitting Broadway Cares/Equity Fights AIDS. His short film series, The Adventures of Jim has been screened in film festivals on the East and West Coasts. He currently sits on the board of governors for the American Guild of Musical Artists (AGMA), the union that represents ballet and opera performers.

He is the author of the illustrated children’s book The Boy with the Patch, The Nutcracker Chronicles.

He has received teacher training in the CPYB syllabus, Classical Character training and certification with Inna Stabrova, and is an ABT® Certified Teacher who has successfully completed the ABT® Teacher Training Intensive in Pre-Primary through Level 3 of the ABT® National Training Curriculum. 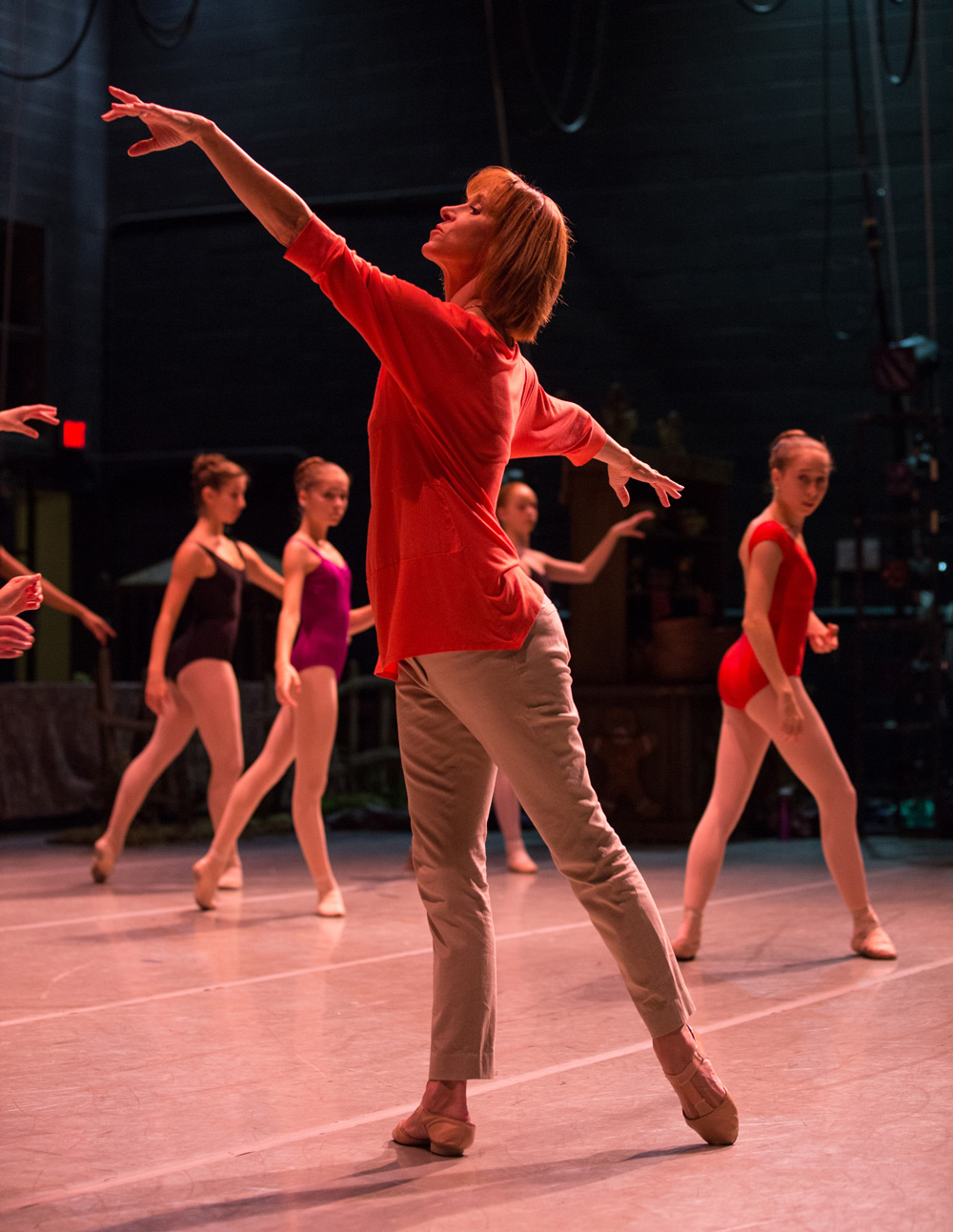 Alecia Good-Boresow began her training at the age of five with CPYB’s Founder Marcia Dale Weary. At the age of twelve, she furthered her training by attending summer programs at the School of American Ballet, the Joffrey Ballet and eventually moving to Philadelphia to study at the Pennsylvania Ballet. In 1983, Ms. Good-Boresow joined the Kansas City Ballet under the directorship of Todd Bolender, In her thirteen years with the company, she performed principal roles in many of the companies repertoire. In addition to performing, she also served as rehearsal assistant with the KCB from 1985-1996. Upon retiring in 1996, Alecia founded and directed the Kansas City Youth Ballet, formerly known as the MidWest Youth Ballet.

As an educator, Good-Boresow has been part of the CPYB summer faculty for over 30 years and returned to Carlisle in 2011 to become part of the year round academic faculty. She has taught  on faculty at the Kansas City Ballet, Miller Marley School of Dance, Greater York Dance, and has served as guest faculty at Central Indiana Dance Ensemble, Shari-Shell True Dance Academy, MidStates Regional Dance America and most recently Ballet Arizona. Ms. Good-Boresow was appointed CPYB's school principal in November 2014. 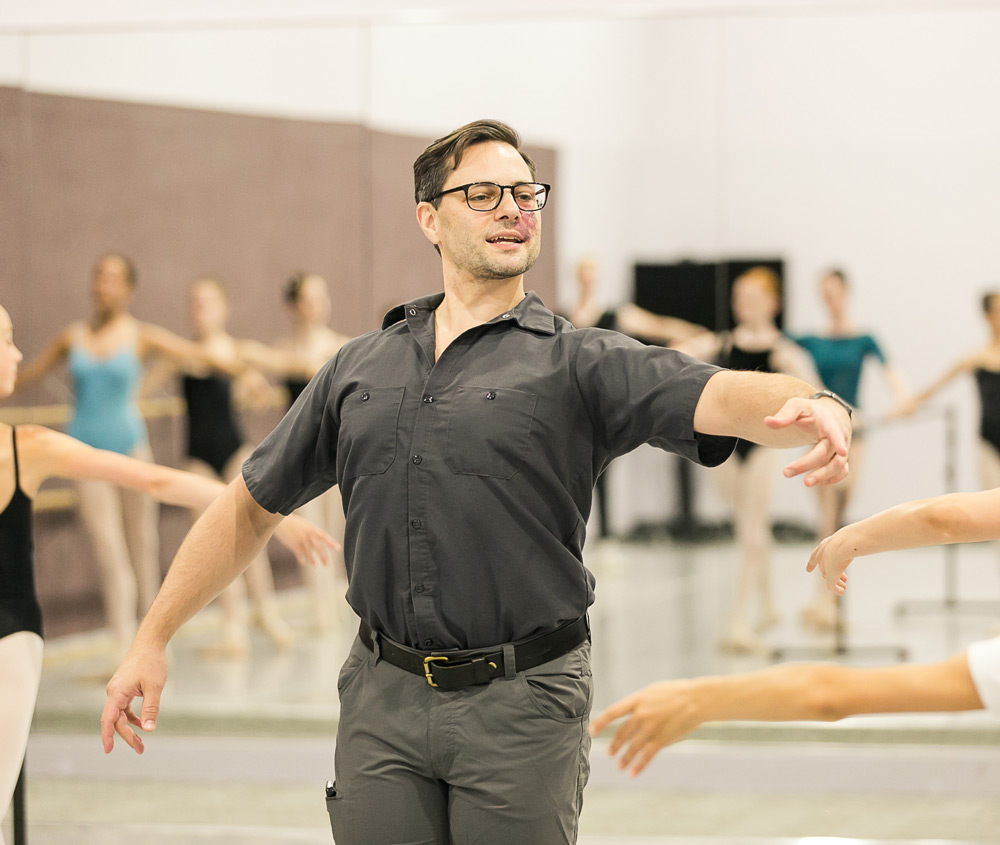 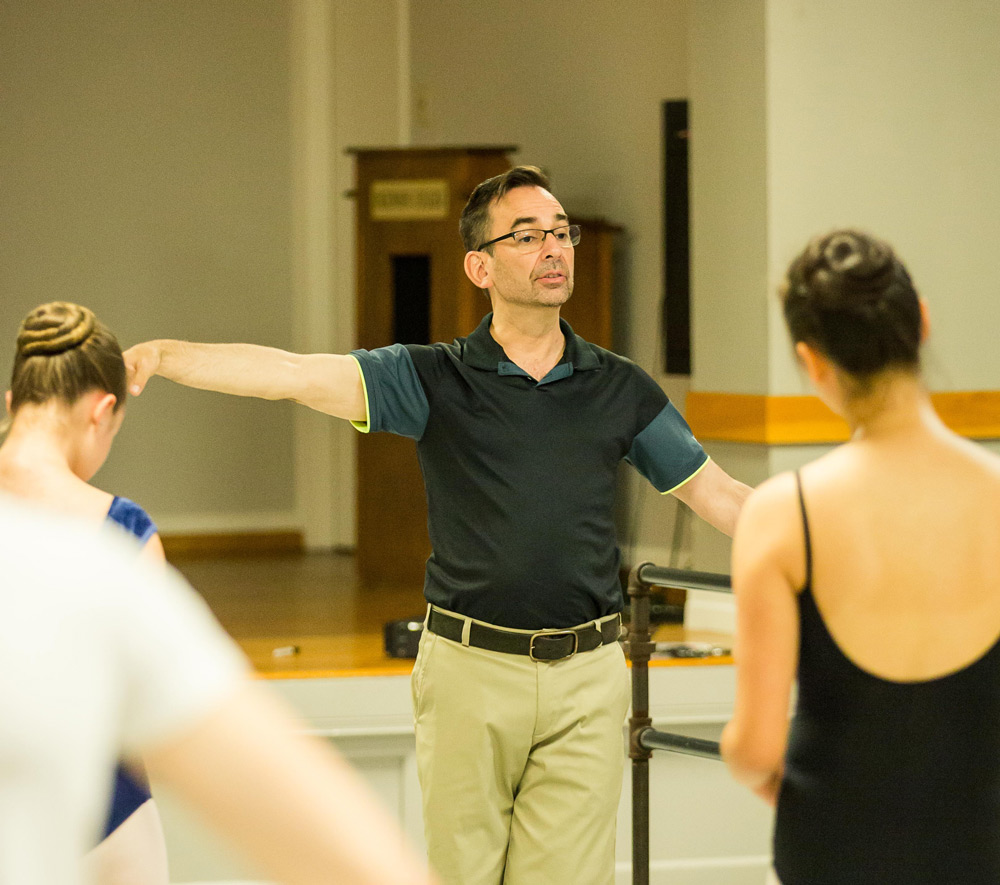 Alan Hineline brings a broad range of international artistic leadership, teaching and choreography credentials to his role as Director of Repertory at Central Pennsylvania Youth Ballet. Working with CPYB since 1995, Hineline has served as the organization’s resident choreographer and chief executive officer.

Hineline’s choreography is in the repertories of Central Pennsylvania Youth Ballet, American Ballet Theatre Studio Company, Ballet de Monterrey, Ballet Philippines, Pennsylvania Ballet, ProDanza Cuba, Atlanta Ballet, Kansas City Ballet, Richmond Ballet, Sacramento Ballet, Juilliard Dance Ensemble, and Ballet Academy East, among many schools, colleges, universities and professional companies. As a teacher, Hineline has instructed every level of dancer, from beginner through professional. He is part of Central Pennsylvania Youth Ballet’s faculty and has been a guest faculty member for, among others, Ballet Academy East and The Juilliard School. 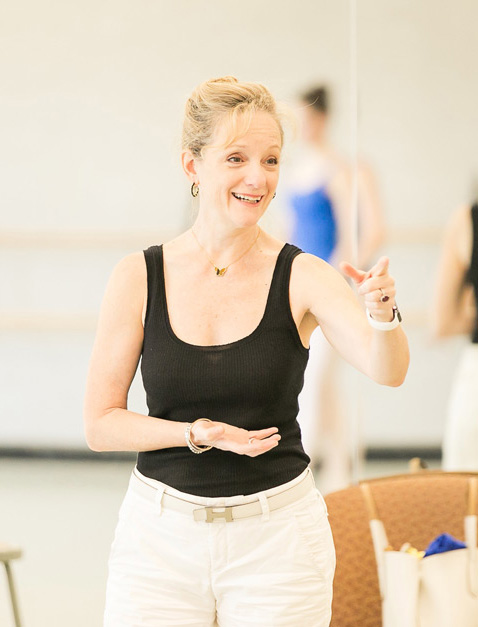 Darla Hoover was trained at the renowned Central Pennsylvania Youth Ballet under the direction of Marcia Dale Weary and completed her studies on a full scholarship at the School of American Ballet. In 1980, after choreographing a solo for her in the New York City Opera production of Bourgeois Gentilhomme, George Balanchine invited Ms. Hoover to become a member of his New York City Ballet.  She danced with the company until her retirement in 1991.

Ms. Hoover now focuses her attentions on teaching and staging ballets, including positions as the Artistic Director of Ballet Academy East’s Pre-Professional Division in New York City and as the Artistic Director of Central Pennsylvania Youth Ballet, where she also directs a nationally recognized Teachers Workshop that instructs fellow dance educators on the Teaching Syllabus and methodologies developed by Marcia Dale Weary. Ms. Hoover guest teaches all over the world, and she has been invited to share her successful techniques at distinguished companies such as New York City Ballet, Boston Ballet, Pacific Northwest Ballet, Miami City Ballet, Joffrey Ballet, New National Theatre Tokyo, Royal Danish Ballet, and the Vaganova Academy in St. Petersburg, Russia.

Working as a répétiteur, Ms. Hoover stages works for the George Balanchine Trust on professional ballet companies all over the world. 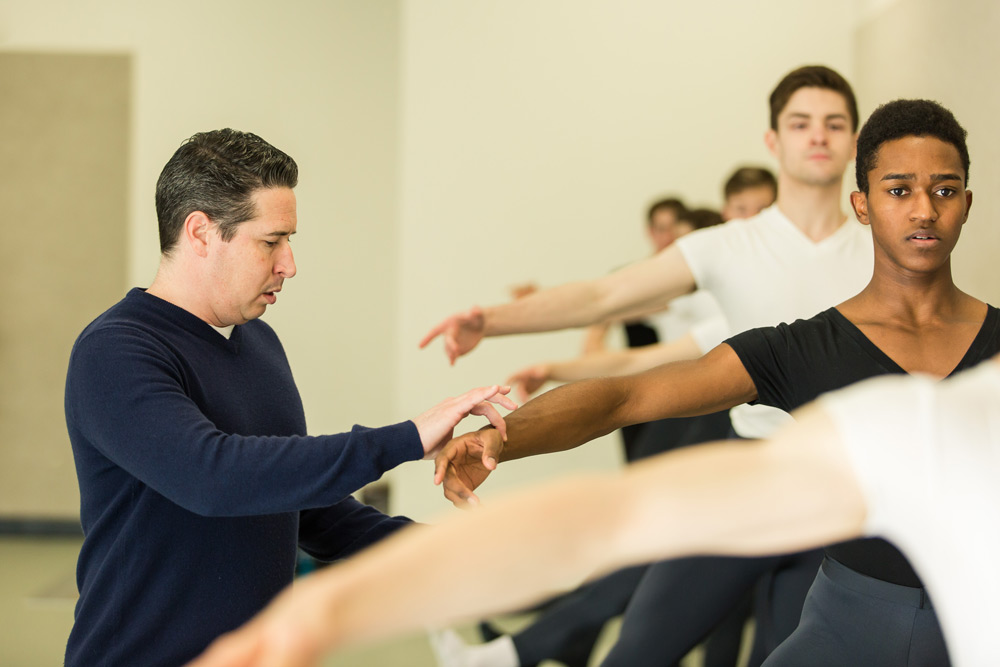 Nicholas Ade is from Los Angeles, Ca. He trained at San Francisco Ballet School and the University of North Carolina School of the Arts. He danced with the Pacific Northwest Ballet (PNB) from 1996-2006 under Francia Russell, Kent Stowell and Peter Boal. Ade joined Central Pennsylvania Youth Ballet as school principal in 2012, prior to serving as principal of the Pacific Northwest Ballet School’s Francia Russell Center, PNB’s Eastside School, under Artistic Director Peter Boal from 2006 through 2012. In November 2014, Ade was appointed chief executive officer of CPYB.